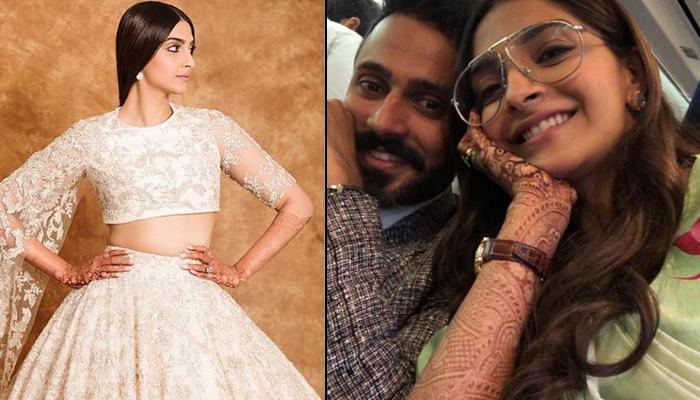 Sonam Kapoor, who has turned 33 today, has established herself as not just as a prolific fashioniesta, but a leading actress in Bollywood as well.

It has been a hectic couple of months for Sonam. In the middle of her Pad Man and Veere Di Wedding glowing successes at the box office, she also tied the knot with Delhi-based fashion entrepreneur Anand Ahuja on May 8, in Mumbai.

In an interview with DNA, Sonam revealed the fondest birthday memory with Anand. “When I had started dating Anand – I had met him for just two months, he had planned a surprise for me. He had flown down to Mumbai and booked a restaurant,” she said.

“Nobody knew we were dating that time, so I didn’t know how he pulled off everything. I had never met somebody in my life who would do this for me. It was really sweet and special. I’m a vegetarian, so he planned the whole menu accordingly, played some of the songs that I love and gave me a handwritten card as well as some flowers. I don’t know many boys who write cards. Anand is one of them,” added Sonam.

Asked if that sealed the deal for her, Sonam quickly responded, “It was sealed the first day I met him. It was three years ago when I was doing Prem Ratan Dhan Payo.”

About life after marriage, Sonam said, “There’s a sense of support because you know there’s someone who loves you unconditionally. And you have to settle down with your best friend.”

Sonam’s Veere Di Wedding has done good business at the box office, which is another reason for her to celebrate. The film had drawn much flak, due to profanity and cuss words. However, Sonam believes that India is ready for such films now.

“There was so much hatred online after we released the trailer. But it was a small part of the population, so it didn’t matter. I hope this alters the way the industry perceives women and we can have commercial films featuring only actresses, like Hollywood does,” said Sonam.