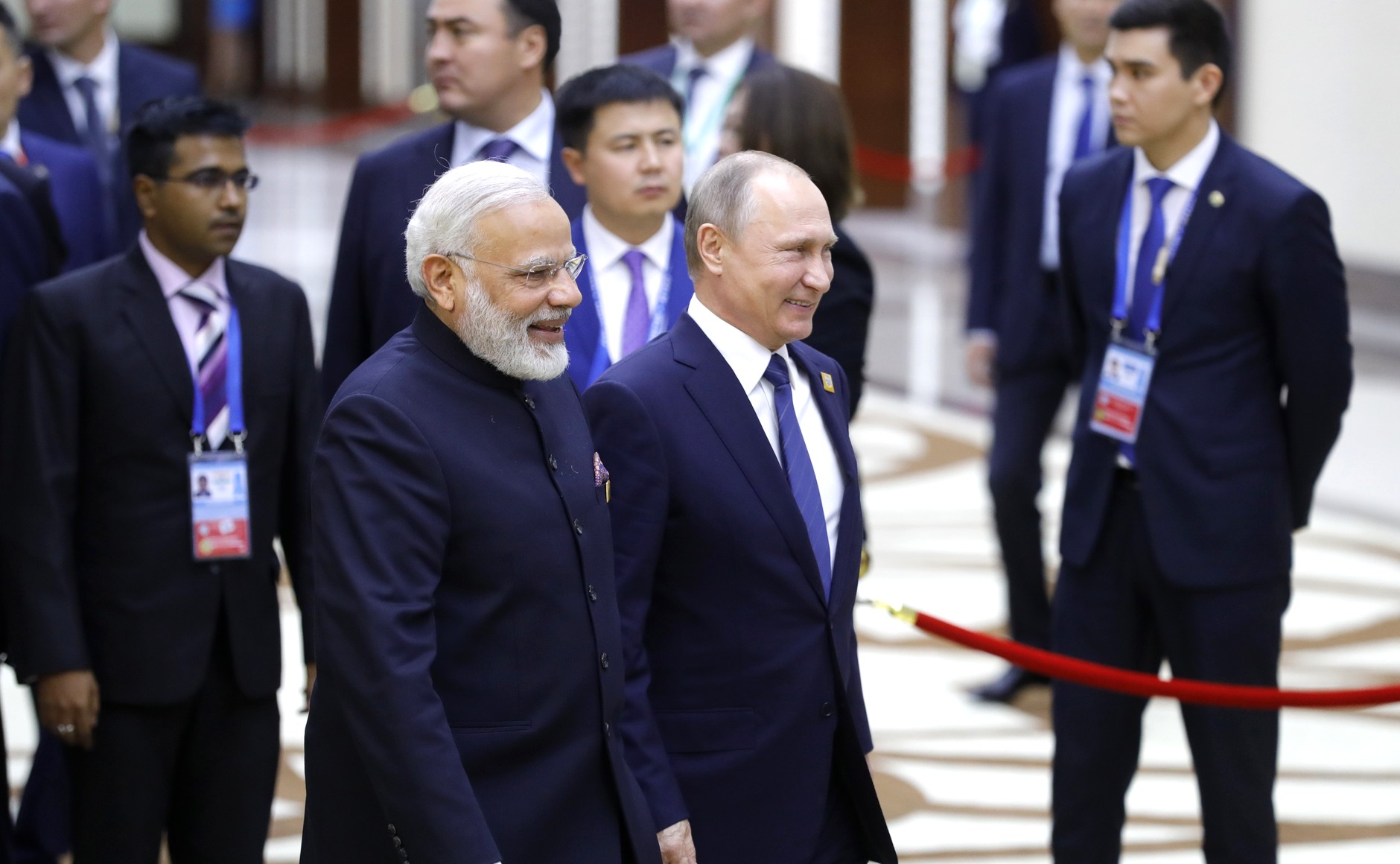 Russian President Vladimir Putin has named India, China and his own country as major players in the Shanghai Cooperation Organisation (SCO), which is set to meet for its 18th summit in eastern China’s coastal city of Qingdao a few days from now.

Speaking to China’s national English Channel, Putin said the eight-member bloc has evolved from a group that was initially launched to resolve border issues between China, Russia and erstwhile constituents of the Soviet Union into a powerful organisation with substantial resources. “The SCO member-states account for one-fourth of the world’s GDP, 43% of the international population and 23% of the global territory,” Putin told the China Media Group, which includes the CGTN English channel, stressing on “the rapid economic growth of China, India and Russia, all of which are major players in the organisation”.

India and Pakistan are set to participate as full SCO members in this edition of the summit, to be held through June 9 and 10. It is widely believed that while Russia pushed for India’s membership, Pakistan’s entry into the bloc was backed by China.

The SCO was founded at a Shanghai summit in 2001 by the presidents of Russia, China, Kyrgyz Republic, Kazakhstan, Tajikistan and Uzbekistan.

It is likely that Prime Minister Narendra Modi will meet Putin on the sidelines of the Qingdao summit. If the bilateral meeting does take place, it will be their second such interaction in three weeks after the informal summit at Sochi in May.

“Russia is India’s old-time friend. We share long-standing historical ties, and Mr President (Putin) is my personal friend and a friend of India,” Modi had said after the summit at the Black Sea resort city of Sochi. “For the past four years, you and I stood side by side in the bilateral format and on the international stage… I am very glad that it was so.”

“The friendship between India and Russia has stood the test of time. Our ties will continue to scale newer heights in the coming years,” the Indian Prime Minister had later declared on Twitter.

The ministry for external affairs also issued a statement stating that both Putin and Modi are in agreement about the important role both the countries have to play “in contributing to an open and equitable world order”.

Russia will likely be India’s key ally in the SCO, given New Delhi’s history of hostility with Islamabad and differences with China.

Speaking on international issues, the four-time Russian president also talked about the future of ties between his nation and those in the West. “While I am hoping for a positive relationship, we are neither surprised nor scared by the current limitations and sanctions (imposed on Russia). We will never give up on the path to independence and sovereignty,” Putin said, adding that the sanctions were hurting not just Russia but also the ones imposing them.

“Those countries who followed America’s actions have themselves suffered losses,” the Russian premier said. “It has been proven that these means are not at all powerful.”