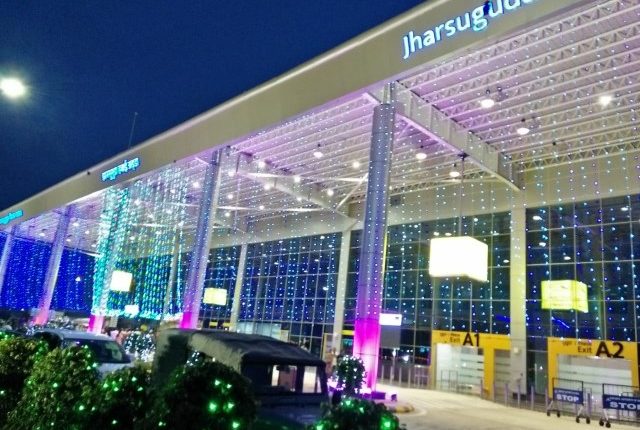 Jharsuguda: On the occasion of the second anniversary of the inauguration of Veer Surendra Sai airport, Jharsuguda, Diplomats, Business leaders & Industry Experts have expressed their happiness. The overriding thought expressed by all has been that this new airport will lead to the rapid socio-economic development of Odisha, particularly of the western region.

As an initiative of  GOOD – Global Odias for Odisha’s Development, an Expatriate Group consisting of NRI professionals hailing from Odisha, which was at the forefront of mobilizing opinion for regular air connectivity to the Veer Surendra Sai airport in Jharsuguda, many global busines leaders, industry experts, technocrats etc approached to express their views on this new airport.

Headlining the wishes was Dr. Aman Puri, Consul General of India, Dubai. India’s highest-ranking diplomat in Dubai, Dr. Puri in his video message expressed happiness on this airport turning 2. He was happy that the Government was able to address the long felt need of this region for a functioning airport. He recalled that Non-Resident Odias living in the UAE had actively lobbied for air connectivity to this airport by presenting a memorandum to the Consulate. He said that airports are harbingers of progress and expressed hope that this airport will accelerate the socio-economic development of this region and improve the quality of life of the people.

Nandakumar, Director – Marketing & Communications of Lulu Group International, Abu Dhabi which is one of the largest Indian companies in the region said that they source their products from across the globe and now with the airport coming up, they might explore sourcing from this region. Mr. Nandakumar also has an Odisha connection. He was born and brought up in Rourkela and has fond memories of the same.

MoU Inked for Cancer Hospital and Palliative Care Centre in…

Mahadeo Jaiswal, the director of the Indian Institute of Management (IIM), Sambalpur said that the airport has greatly benefited the institute. According to him, last year IIM Sambalpur was able to attract many industry professionals and was able to organize more than 20 events with good participation from professionals across India. He was positive that the airport would also contribute to the socio-economic development of the region.

Shilpa Bhatia, Chief Commercial Officer, Spicejet Airlines said that Jharsuguda was one of the biggest findings of Spicejet under the UDAAN scheme which was launched under the leadership of Honourable Prime Minister Shri Narendra Modi. She said Spicejet was planning to add flights to many more cities from this airport in the future.

According to Mr. Kishore Kumar Senapati, Airport Director, Jharsuguda airport, air traffic through this airport is picking up steadily despite the Covid-19 situation. From a passenger traffic of around 8000 in June, the number has risen to 13000+ in August. He said that his team was undertaking intensive sanitization of the airport premises and taking other confidence building measure to reassure the passengers about their safety during the current pandemic.  Currently this airport has 6 flights daily which connect Delhi, Kolkata, Hyderabad, Bhubaneswar and Raipur. Spicejet and Alliance Air are the two airlines which currently service this airport. Direct flights are supposed to start to Mumbai and Bangalore towards the end of October is what Mr. Senapati revealed.

Non Resident Odias living in the United Arab Emirates under the banner of G.O.O.D (Global Odias for Odisha’s Development) had been at the forefront of an International Campaign to operationalize Jharsguguda airport. They started their campaign in October, 2018  with a Memorandum presented to the Indian Consul General Shri Vipul in Dubai. Then, they had knocked on the doors of the Chief Minister, Shri Navin Patnaik to request him to operationalize this new airport. Apart from this, they kept up their efforts by mobilizing public opinion through mainstream media.

MoU Inked for Cancer Hospital and Palliative Care Centre in…