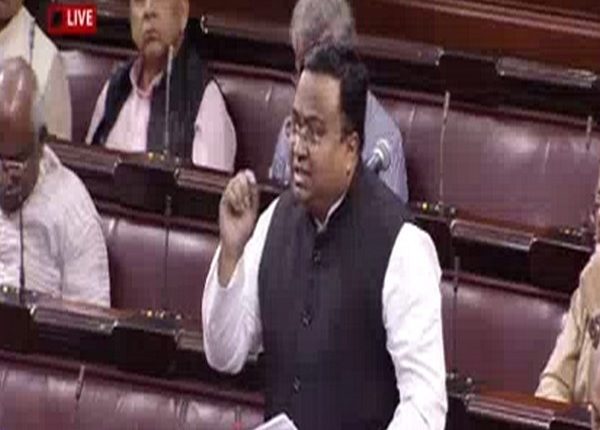 I rise to speak on the Motion of Thanks on the President’s Address today. I had decided to speak on some specific issues but yesterday my elder brother and Union Minister Shri. Dharmendra Pradhan ji for whom I have great respect advised me yesterday, during his Speech in the Rajya Sabha, to place in my address today details as to why Biju Janata Dal strongly claims that the Swaminathan Commission Report has not been implemented by the Centre, while the Centre claims that it has.

Therefore, considering his request I felt it prudent to share facts and details pertaining to why the Biju Janata Dal feels that the Government of India has not implemented the Swaminathan Commission Report.

Maam, before going into the details let me place before you what Shri. Swaminathan ji himself has stated in October, 2020 last year. He had stated and I quote “ When we recommended the 50% increase on cost of production, we meant the C2 as the total cost of production.” From his statement itself its clear that Shri. Swaminathan ji himself is not accepting the fact that the Swaminathan Commission report has been fully implemented nor have the recommendations in the Swaminathan Commission report been implemented as the 1.5 times increase in MSP has not been done on the C2- Cost of Production.

So, what is this C2- Cost of Production as per the Swaminathan Commission report. There are three components of cost of production of farming. First is A2 which deals with the out of pocket expenses of a farmer such as the seeds, fertilizers, pesticides, etc. that he purchases. The second component is A2 + FL which includes the cost of A2 and includes Family Labour (FL) i.e. the cost of the human labour that the farmer and his family contributes to the farming. The third component is C2 which is the total of A2+FL as well as includes the opportunity cost of land, the interest for the loans taken by the farmer as well as the imputed rentals for the land.

However, though the BJP friends here are more concerned in looking at MSP at a range of Rs.1800 to 2000, I must thank the BJP MLAs of Odisha who have been far more forthwith for the farmers. In 2018, there was a unanimous resolution passed in the Odisha Legislative Assembly where the BJD, BJP, Congress and Communist Party MLAs came together and demanded that the MSP for paddy be fixed at Rs. 2930 per quintal. This was done with reference to increasing the MSP by 1.5 times from C2 value of Rs. 1560 per quintal totalling Rs. 2340 and adding 25% of land cost on this amount, the value arrived at is Rs. 2930 MSP on paddy per quintal. If the BJP MLAs in Odisha can be so positive and demand Rs. 2930 MSP on paddy per quintal then why are the BJP party in the Parliament not wanting to implement the Swaminathan Commission Report?