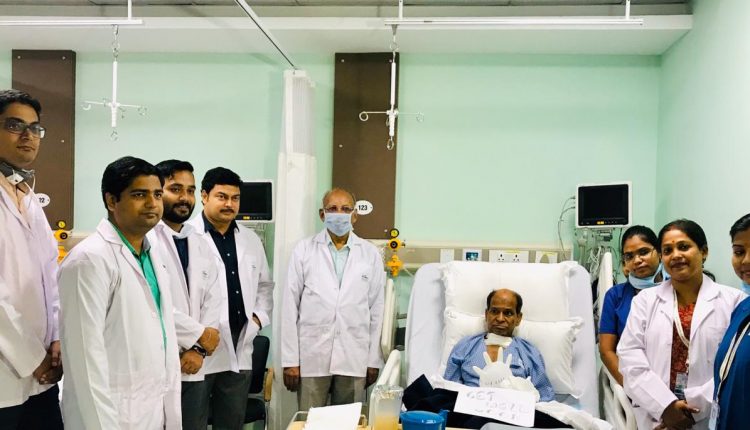 Bhubaneswar  : Down with neumonia and septicemia setting in, 66-year-old Hemanta Kumar Mohapatra was wheeled into the ICU of SUM Ultimate Medicare (SUMUM) here with anxious relatives trailing behind.

His condition deteriorating and their resources getting drained out, worried family members had rushed him to a prominent hospital where they were told to shift to some other hospital ‘because the chances of recovery was very slim”.

They then decided that they would try SUMUM, the newly set up health care facility.

The team in charge of Critical Care, headed by Dr. Banambar Ray counselled the family members about his condition while assuring them that they would do whatever was needed for his recovery.

After being treated for over a month, the patient was discharged from the hospital this week.

Since Critical Care is administered by multidisciplinary teams it’s always a team endeavor where the critical care specialists, staff and interventionists, along with critical care infrastructure, cooperate and coordinate their efforts to maximize teamwork and ensure best health outcome for the patient. That’s SUMUM’s credo.

It was a matter of joy for the team that the patient showed tremendous recovery. An example of the human spirit emerging triumphant over adversity.