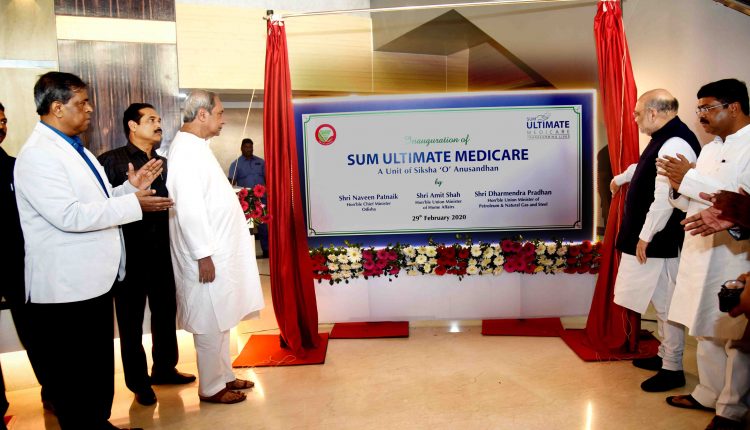 Bhubaneswar: SUM Ultimate Medicare (SUMUM), a one-stop,
multi-superspecialty, quaternary care hospital established here by Siksha ‘O’ Anusandhan (SOA), a name to reckon with in the realm of healthcare and professional education in the east, was thrown open to the public on Saturday. 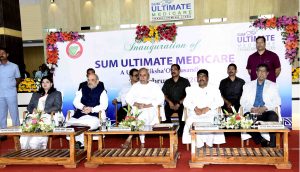 The hospital was dedicated to the public in the presence of Odisha Chief Minister Mr. Naveen Patnaik, Union minister for Home, Mr. Amit Shah and Union minister for Petroleum, Natural Gas and Steel, Mr. Dharmendra Pradhan. SUMUM, one of the largest in eastern India, will offer comprehensive healthcare services including emergency care, heart care, advanced surgical procedures, diagnostic imaging, maternity care and rehabilitation services for a broad range of medical conditions in over 30 specialties with each specialty led by an experienced team of medical care professionals. 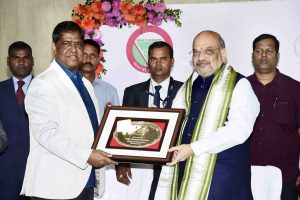 Congratulating SOA for the new medical initiative, the Chief Minister said he hoped that it would extend excellent healthcare facilities to the people of Odisha. Mr. Shah said that such initiatives would bolster the healthcare sector in the state as the new hospital was equipped with ultra modern facilities. There was a need for the private sector’s involvement in creating more healthcare infrastructure for the people, he said adding the government’s efforts in this direction needed to be complimented by such private initiatives. 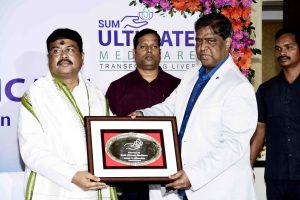 Mr. Pradhan described the new hospital as world class which was one of the biggest in the eastern region. As the state government was supportive of such initiatives it would benefit the people of the state, he said adding the new hospital should also cater to the requirements of the poor. He also exhorted the Chief Minister to implement Prime Minister Mr. Narendra Modi’s ‘Ayushman Bharat Yojana’ in Odisha for the benefit of the masses. 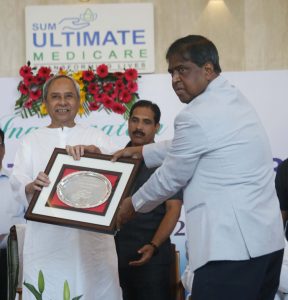 “The state-of-the-art hospital will strive to provide an ecosystem of healing with high quality care and safety features besides a wide spectrum of clinical education and research opportunities,” its CEO Dr. Dash said adding the new facility would build a bridge of trust with the community it served by bringing in transparency and inculcating a culture of empathy and compassion combined
with coordination and competency.

The new hospital would have ‘Centres of Excellence’ involving disciplines of Cardiac Sciences, Neuro Sciences, Critical Care and Pulmonology, Gastro Sciences, Joint Replacement and Orthopaedics, Renal Sciences and Onco Sciences, she said.
SOA, which runs a Deemed to be University (ranked 24th in the country), with nine degree granting institutes under it and a student strength of more than 10,000, is well known for the Institute of Medical Sciences and SUM Hospital—its faculty of medical sciences—which is an established and most popular healthcare destinations in the region. SUMUM is located close to the SUM Hospital.