STUDENTS NEED TO PLAY A KEY ROLE IN BATTLE AGAINST NARCOTICS: CP 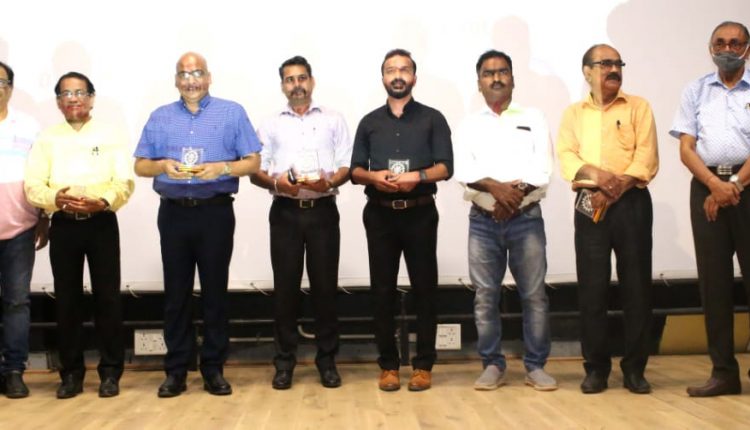 Bhubaneswar: Drugs and crime are two sides of the same coin and it is imperative for the younger generation not only to keep away from narcotics but also battle the menace for the betterment of the society, Mr. Soumendra Priyadarshi, Commissioner of Police, Cuttack-Bhubaneswar Commissionerate Police, said on Monday.

“Narcotic substances have been ruining families and derailing the society. It is for the youth to fight this menace to safeguard the society,” Mr. Priyadarshi said while speaking as the chief guest at a seminar on ‘Youth for Drug Free Society: Challenges and Perspectives’ at Siksha ‘O’ Anusandhan (SOA) Deemed to be University here. Quoting statistics, Mr. Priyadarshi said the police had arrested 303 person in connection with crimes in recent months which included loot and snatching in Bhubaneswar city of whom 128 were found to be drug addicts. Most of them lived in the slums, he said. The seminar was organised at the Institute of Agricultural Sciences (IAS), SOA’s faculty of agricultural sciences, in collaboration with the Commissionerate Police and De-addiction, Reformation and Entrepreneurial Assistance for Making a Safe Society (Dreams) Mission.

Stating that the Commissionerate Police and Dreams Mission had been jointly working for the last two months against drug menace in the twin cities, Mr. Priyadarshi said everyone should join this battle. He called upon the students of SOA to actively participate in the campaign against drugs and spread the message in the society that this menace needed to be fought valiantly. Dr. Uma Shankar Das, Deputy Commissioner of Police, who attended the program as honoured guest, said everyone should join the battle against narcotics to make the society crime free. SOA’s Pro Vice-Chancellor Prof. Pradipta Kumar Nanda presided over the event which was addressed by Prof.
Suvendu Narayan Mishra of the Department of Psychiatry in IMS and SUM Hospital, Dr. Hara Prasanna Das, Chairman, Manaba Adhyayana Kendra and Dr. Paresh Chandra Mohanty, Director of Talent Stigma. A slogan writing competition held to mark the occasion was won by SOA Community Radio 90.4. The slogan was written by RJ Subhrasima Mohanty. Prof. Jyoti Ranjan Das, SOA’s Dean (Students’ Welfare) welcomed the guests while Prof. Bijay Kumar Sahoo, Dean of IAS proposed the vote of thanks.