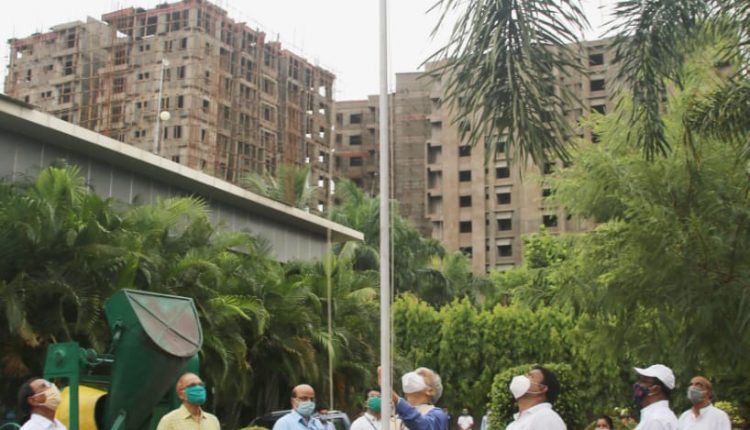 Bhubaneswar: The 74th Independence Day was observed at the SOA Deemed to be University on Saturday with the ViceChancellor Prof. (Dr.) Ashok Kumar Mahapatra unfurling the tricolor.

In a brief function organised under a cloudy sky, Prof. Mahapatra paid glowing tributes to the freedom fighters whose valiant struggle against the British had earned India freedom. At the same time, he saluted the scores of doctors, nurses, paramedics, policemen and other personnel who were engaged in the grim battle against the Covid-19 pandemic. The battle against Covid-19 is continuing and we have to fight it out with all our strength, he said.

The function was attended by Prof. Damodar Acharya, SOA’s Chairman of the Advisory Board and senior officials in consonance with the guidelines issued by the government for observing the occasion. The national flag was also unfurled in nine other institutions under the university in separate functions.