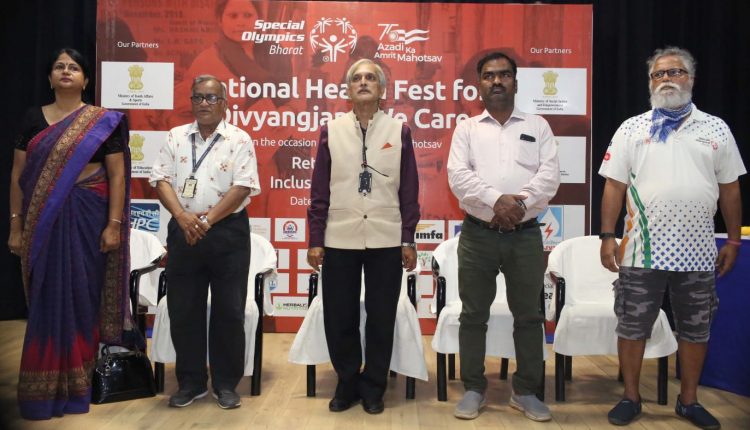 Bhubaneswar: Several hundred differently-abled children, forced to remain at home for two years because of the Covid-19 pandemic, thronged an auditorium at Siksha ‘O’ Anusandhan (SOA) here on Thursday as part of a nationwide event of Special Olympics Bharat (SOB), a global inclusion movement spanning across sport, health, education and leadership programs.

The event was part of the National Health Fest for Divyangjan conducted by SOB aiming to medically screen 75,000 children with intellectual disabilities in 75 cities of the country between April 5 and 7 as part of the ongoing ‘Azadi Ka Amrit Mahotsav’ marking the 75th anniversary of independence.

Across the country, 7,500 intellectually challenged child athletes jogged at 126 different locations at the same time for one minute as part of the program to find place in the Guinness Book of World Records.

At SOA, the children were examined by a team of doctors drawn from the department of Public Health Dentistry of the Institute of Dental Sciences (IDS), SOA’s faculty of dental sciences, and Department of Physiotherapy of Institute of Medical Sciences and SUM Hospital during the day which coincided with the World Health Day. 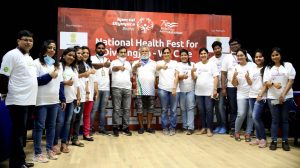 SOB, a National Sports Federation accredited by Special Olympics Inc, USA to conduct sports and development programs all over India, is recognized by the Government of India for the development of sports for Persons with Intellectual Disabilities.

Speaking at the inaugural program, SOA’s Vice-Chancellor Prof. (Dr.) Ashok Kumar Mahapatra said there was a great need to strengthen people with intellectual disabilities who constituted about 25 per cent of the world’s population. Children with such disabilities have been winning laurels for the country in Para Olympics. He cited the example of Satish Gujral who is counted among the top five painters in the country though he was deaf and dumb. Mr. Prakash Rath, Area Director for SOB, said the aim of the program was to bring these children out of their homes after two years. The differently abled athletes from India who participated in the Special Olympics in UAE last year had won 379 medals for India of which 85 were gold, he said.