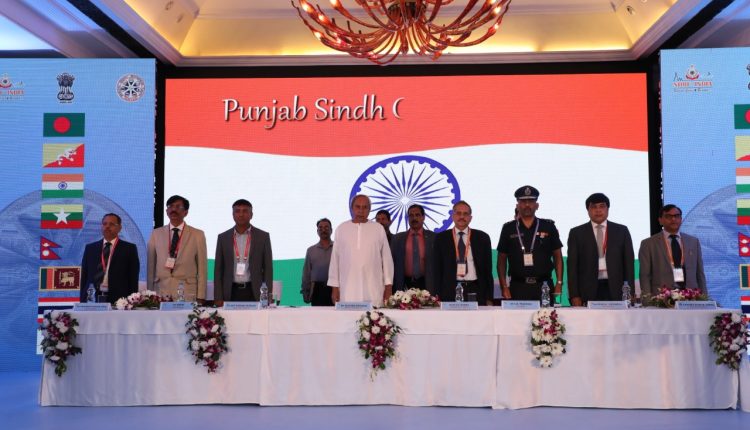 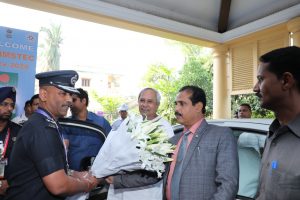 Highlighting the disaster vulnerability of the State (Odisha), Hon’ble chief guest said that the since 1891more than 100 cyclones have affected the state. Super cyclone of 1999 was a watershed moment in disaster management preparations in Odisha. We have learnt our lessons well and set up a robust disaster management mechanism. Moreover,Odisha was the first state that had set up its dedicated disaster response Force. 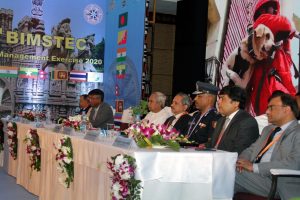 Hon’ble Chief Guest said that with a zero casualty approach, Odisha has shown the way to the rest of the country in the area of disaster preparedness, response and recovery. The United Nations Office for Disaster Risk Reduction (UNISDR), other organizations as well as the International media have hailed government efforts for ensuring the level of destruction to a minimum. It is doubly rewarding that the stated theme of the exercise is disaster resilience planning in heritage sites and areas like Puri, Konark and Bhubaneswar which are iconic National & International sites. BIMSTEC countries present here have an extraordinary, vast and diverse pool of similar iconic cultural heritage sites, susceptible to various kind of disaster. Gujarat Earthquake of 2001destroyed 21 federally registered monuments across the Kutch. Similarly, Nepal Earthquake in 2015 did massive destruction across the country. These are the reminders for us. 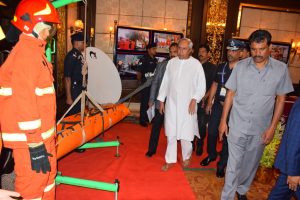 Mr. Patnaik further deliberated on the need of restoration of heritage sites that are damaged by natural disasters must for future generation, not only because it is a source of the cultural identity of a local community, but also because it is a driving force of the economy. It is important to undertake adequate documentation, proper identification and grading of heritage sites based on the potential risk and other characteristics. We must improve upon early warning dissemination system and capacity building for conservation of cultural heritage sites. Hon’ble Chief Guest said that this exercise will prove a milestone in safeguarding the cultural heritage sites across the region. 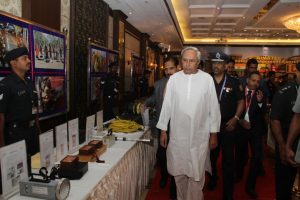 UJJWALA YOJANA, A VEHICLE FOR SOCIAL CHANGE, WILL EMERGE AS…

Two Odisha covid hospitals of Govt of odisha having 650…

NALCO clocks all time high production of bauxite and…

Highlighting  the disaster vulnerability of the region, Member Secretary, NDMA, Sh. G.V.V Sarma said that 1st BIMSTEC Disaster Management Exercise was organized in 2017 to strengthen the government cooperation and institutionalizing  coordination among all member states. Based on the learning of 1st BIMSTEC DMEx-2017, the 2nd BIMSTEC DMEx  is being scheduled to strengthen cooperation among member countries. This exercise will allow us to test the preparedness, coordination in a disaster scenario. 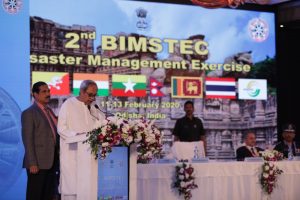 Addressing the gathering, Chief Secretary, Odisha, Sh. Asit Kumar Tripathy said that Odisha has suffered by maximum numbers of cyclonesin the country like 1999 super cyclone, Titli, Bulbul & Fani which caused severe damagein the state. After 1999 super cyclone, we made all preparation to tackle the disasters. During the super cyclone Fani we evacuated millions of people to the safer locations within 24 hours. Odisha Disaster Rapid Action Force (ODRAF) with NDRF and other stakeholders have conducted numerous operations in Odisha, Meghalaya and Kerala. The constant practice, Exercise helps to coordinate central & state agencies. When actual crises occur we work in a well-coordinated manner.

During his welcome address, Director General, NDRF Shri Satya Narayan Pradhan, said that the first phase comprising a Preparatory Meeting was held in Puri, Odisha on November14-15, 2019 on the basis of which this final exercise has been planned. He provided the brief about this first of its kind exercise to the august gathering.He said that the exercise will allow participants to learn and practice emergency response procedures in a safe and controlled environment and will also play a key role in the development and implementation of preparedness and response capacities at (national, regional, community and global) level.

During the four-day exercise, the delegates will share their experiences, best practices, lesson learnt in the varied fields of disaster, training and mitigation. Today, a Table Top Exercise on earthquake scenario has been conducted to provide participants with an opportunity to review and discuss disaster response plans and sharing of best

practices being followed in their respective countries. Other exercises which are to be conducted during this three day BIMSTEC Exercise is  Joint Field Training Exercise (FTx) on Aquatic Disaster response with focus on cultural heritage site which will be conducted on 12th February, 2020at Ramachandi Beach, Puri, Odisha . Further, on 13thFebruary, 2020 under the aegis of NDMA a Priority setting meeting among the member nations would also be conducted at Puri to discuss challenges and way forward for Disaster risk reduction in BIMSTEC region.

UJJWALA YOJANA, A VEHICLE FOR SOCIAL CHANGE, WILL EMERGE AS A KEY PLAYER IN INDIA’S…

UJJWALA YOJANA, A VEHICLE FOR SOCIAL CHANGE, WILL EMERGE AS…

Two Odisha covid hospitals of Govt of odisha having 650…

NALCO clocks all time high production of bauxite and…