PROF. ASHOK MAHAPATRA TO BE THE NEW SOA VICE-CHANCELLOR 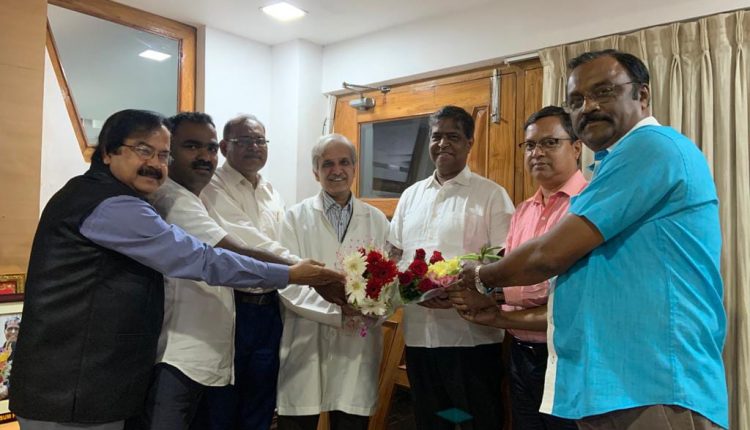 Bhubaneswar: Eminent neuro-surgeon Prof. (Dr.) Ashok Kumar Mahapatra was on Saturday appointed as the next Vice Chancellor of the Siksha ‘O’ Anusandhan (SOA) Deemed to be University here. Presently working as SOA’s Director (Medical Programmes), Prof. Mahapatra had retired from government service as Chief of the Neurosciences Centre at AIIMS, New Delhi over two years ago. He also served as Director of AIIMS, Bhubaneswar from 2012 to 2016.

Prof. Mahapatra led one of the most successful separation surgeries in the world in 2017 when he and his team at AIIMS, New Delhi, separated Jaga and Balia, conjoined twins from Odisha’s Kandhamal district. One of the features of the rare craniopagus surgery was that a vein taken from the Vein Bank at AIIMS was grafted in Balia’s brain as the twins shared only one vein. It was the first such case of vein grafting in the world. After graduating from the MKCG Medical College, Berhampur in 1975, Prof. Mahapatra completed his MS (1979) and M.Ch (Neurosurgery) (1982). He also passed DNB (Neurosurgery) from National Board of Examination in 1983. Soon after he joined as Assistant Professor (Neurosurgery) at AIIMS, New Delhi and rose to serve as head of the department from 1995 to 2006.

A well-known pediatric surgeon in the country and world, he has published more than 600 research papers and 15 books. He also served as the Director of Sanjay Gandhi PostGraduate Institute of Medical Sciences, Lucknow and Dean (Research) of AIIMS, New Delhi. Prof. Mahapatra’s operational areas included pediatric neurosurgery, head injury and skull base surgery, among others. He won several awards including Gold Medal in Pharmacology and Dr. Jeo V. Desa Gold Medal for research in Neuro-Otology. He won the Dr. B.C.Roy National Award for 2007 in the category of Eminent Medical Teacher.