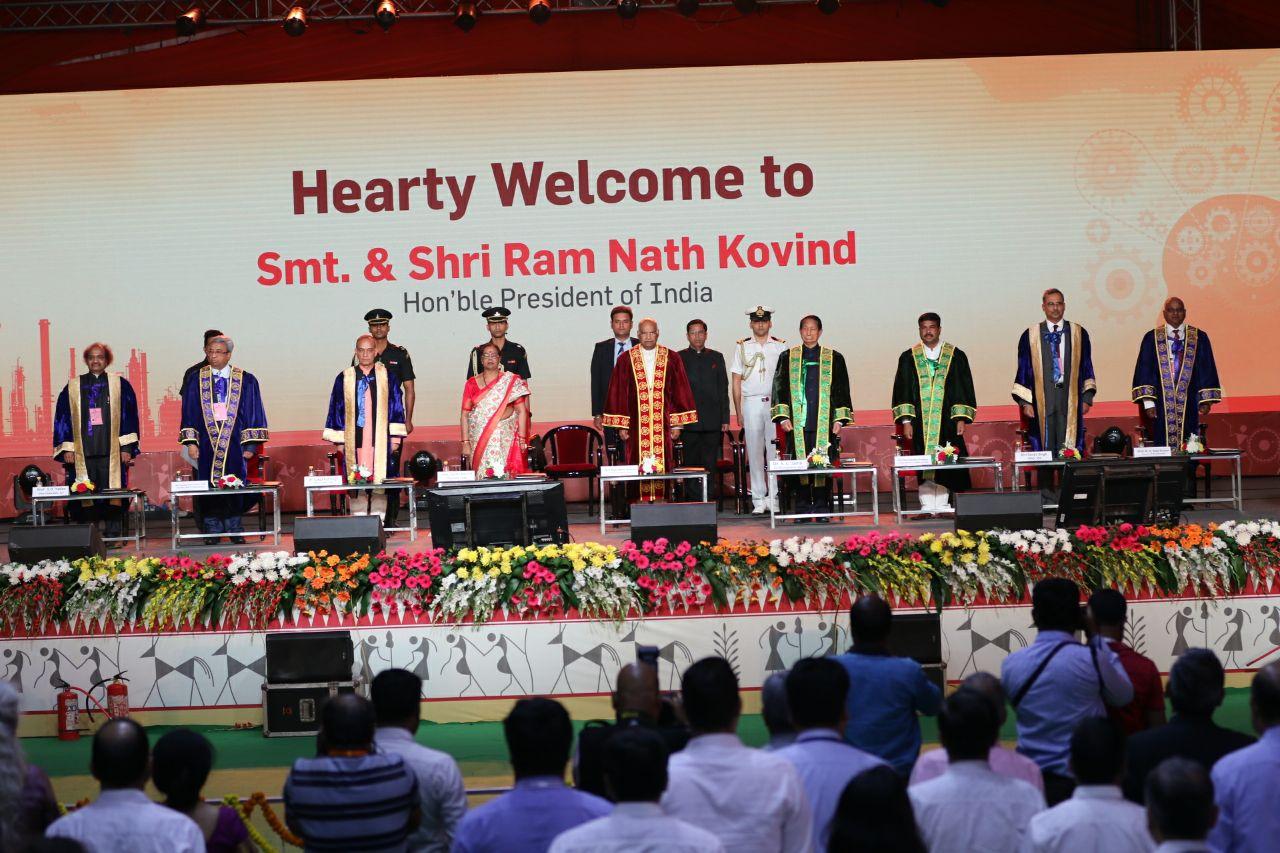 Addressing the graduating students, the President said that as they leave this campus, they have a whole new world of opportunities ahead of them. Being bright technocrats many of them would consider setting up their own ventures to give shape to their innovative ideas. He urged them to avail the benefits of Government of India schemes that encourage innovation and entrepreneurship. He stated that through their enterprise they shall become creators of economic value and jobs. Being IITians, they should aspire to achieve the best not only for themselves and their families but also for society and the nation and world at large.

The President said that he was happy to inaugurate the ICT-IOC Campus and to lay the foundation stone of the Skill Development Institute of Oil PSUs. The setting up of these two institutes demonstrates the commitment of the Government of India towards the development of Odisha.

The President was happy to learn that the ICT-IOC campus would offer a five-year integrated M. Tech programme after class 12, an executive M. Tech programme for industrial personnel, and a PhD programme. In addition, this campus will be a hub for carrying out high-end research and innovation as well as support skill development in fields such as chemical engineering, petrochemicals, textiles, pharmaceuticals, and energy.

The President said that the Skill Development Institute (SDI), on the other hand, will offer young people short courses on a spectrum of skills ranging from simple to more complex ones related to Artificial Intelligence, 3D printing and Advanced Robotics. SDI Bhubaneswar will be the country’s first Skill Development Institute in the hydrocarbons sector. He was happy to learn that this institute aims to train about 50,000 youth over the next 10 years.

Earlier in the day, the President addressed the centenary celebrations of the Rashtriya Sanskrit Sansthan in Puri.

Speaking on the occasion, the President said that the task of developing and preserving Indian knowledge and culture was done in languages like Pali, Prakrit and Sanskrit. Sanskrit is not only the language of spirituality, philosophy and literature but also a language of knowledge. Many scientists and mathematicians such as Aryabhatta, Bhaskara, Charaka and Sushruta wrote their manuscripts in Sanskrit.

The President congratulated all associated with the Sadashiv campus of the National Sanskrit Institute for their sustained contribution to the teaching, research and dissemination of Sanskrit.