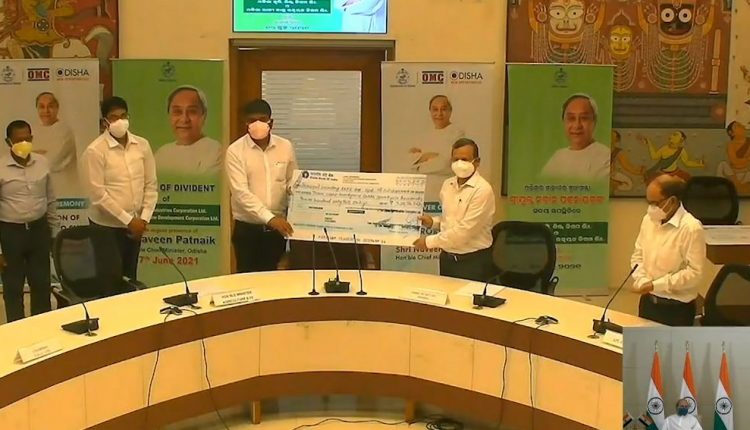 For the OMC, Chairman Shri Surendra Kumar handed over a cheque of Rs 500 Crore to Chief secretary Shri Suresh Chandra Mohapatra. Briefing on the activities of the OMC, he said that OMC made a growth of 5.42 percent during last financial year despite the pandemic. The total mineral production last year was 17.12 million tons.

In the last Financial Year, OMC achieved a sales revenue of Rs 5592 Crore, which was 36.60 percent higher than the previous year. OMC aims to achieve 1 billion dollar revenue by next year.

The Corporation is also supporting many welfare programmes of the state. It is funding 10 dedicated Covid hospitals in 8 districts of the state.