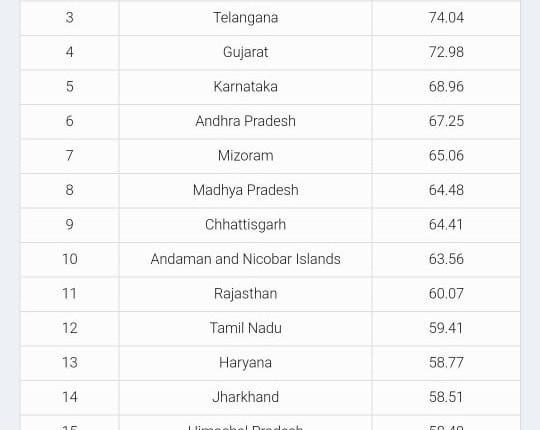 Bhubaneswar: It is heartening to share that Odisha continues to be the top performer in the country in effective implementation of Atal Mission for Rejuvenation and Urban Transformation (AMRUT) scheme. 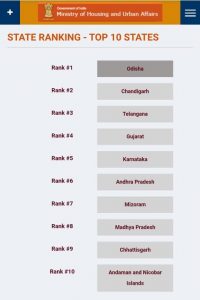 According to the ranking of the states released by the Ministry of Housing and Urban Affairs, Govt. of India, Odisha has retained its 1st position by securing 85.67 per cent of marks.

Since the inception of the mission, launched in 2015, concentrated efforts have been made towards Universal Coverage of Water supply, construction of Septage / Sewerage treatment plants and improving the green spaces in the 9 AMRUT cities of Odisha.

Odisha has made significant strides in providing piped water supply to all households in urban areas. With the implementation of AMRUT Mission in 9 Cities of Odisha, Universal Coverage of Piped Water Supply has been ensured.The Cities are Bhubaneswar,Cuttack, Sambalpur,Rourkella,BaripadaBalasore,Bhadrak,Berhampur and Puri .

Through these projects, we are able to provide clean drinking water, avoid contamination especially in rehabilitation colonies and increase number of children-friendly green parks in the city.

Sri Pratap Jena Minister Housing and Urban Development has congratulated the Department for this significant strides in implementation of  AMRUT scheme in the State.Building durable Urban infrastructure and amenities is the priority of our Government.

Odisha has All the Mechanisms in Place to be an Investment Destination of Choice : CM