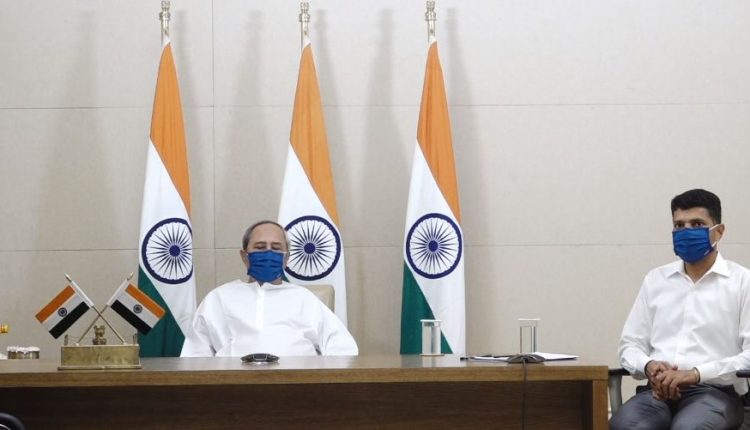 Bhubaneswar :  Chairing the first meeting the of State Sagarmala Committee, Chief Minister Shri Naveen Patnaik has said that in addition to our strategic advantage of long coastline, the Sagarmala project can further enable Odisha to emerge as a major logistics destination.

Chief Minister Shri Patnaik said that the Port-led development through industrialisation and connectivity is a major focus of Sagarmala projects. We will also be prioritising the Coastal community development as an integrated part of this initiative, he added.

The Chief Minister said that Odisha has the advantage of being strategically located with a long coastline. We have a rich cultural heritage of maritime trade. We can become India’s gateway to South East Asian countries, he added.

Apart from the Paradip Port, our government has been facilitating the development of various ports all along Odisha’s coastline, he further added.

The Chief Minister further said that the State Maritime Board is expected to be fully functional in the coming months. Hopefully, the Board will act as a catalyst for overall development of the maritime sector in the State.

He asked for close coordination with various departments and resolving the issues for timely completion of projects under Sagarmala. He urged all the departments concerned to prioritise these projects.

Commerce & Transport Minister Shri Padmanav Behera said that the Sagarmala programme aims at Port led development and improvement of waterways. For the success of the programme, we need cooperation of Centre, State and local authorities’ he added.

Welcoming the members, the Principal Secretary of Commrce & Transport Shri Madhusudan Padhi made a presentation on the State Sagarmala Projects.

As per the presentation, the State has three ports in operation – Paradeep, Dhamara and Gopalpur. As many as four ports including Subarnarekha, Astharang, Riverine port at Kendrapada and Jatadhar Muhan Port are in the pipeline. Besides, there are 8 potential locations for development of ports.

The Sagarmala Project has a vision for port led development across the coast of India. It aims at Port modernization, Port connectivity, Port led industrialization and Coastal community development. The projects under this programme will get 50 percent funding from the Government of India.

Under this programme, the State Government has submitted 14 nos. of projects of various departments including Fishers & ARD, Chilka Development Authority, Commerce & Transport and Works Department. Out of these only 2 projects of Commerce & Transport Department, Ro-Pax Jetty and Allied Infrastructure in Bhadrak, Kendrapada, Balugaon and Puri districts have been sanctioned by Government of India.

IDCO CMD Shri Sanjay Singh said 3 logistic park projects at Dhamara, Gopalpur and Subarnarekha are under preparation. The proposals will be sent soon. Other Departments were asked to finalise projets under Sagarmala project.