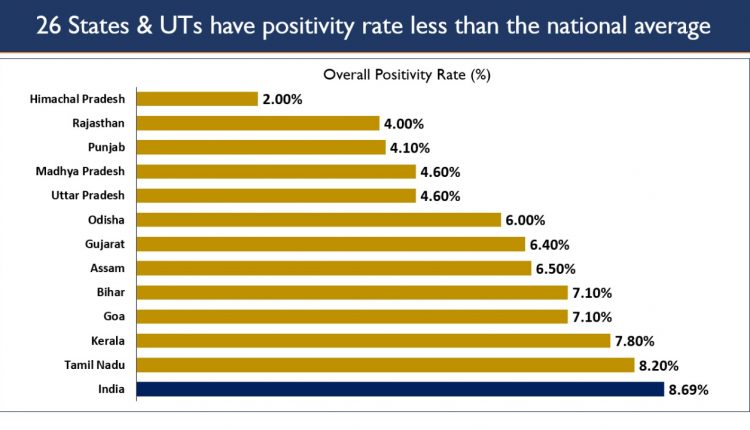 Bhubaneswar: Today, the Ministry of Health, Government of India in its press release has placed Odisha among the top six states in India as far as best performing states in COVID positivity rate is concerned.

Positivity rate is the percentage of people who test positive for the COVID virus of those overall who have been tested.

The lower the Positivity rate is better. It means as more and more testing is being conducted by Odisha with tests crossing 50,000 mark per day, the lesser number of people being tested COVID positive is the hallmark of a good performing state.

Odisha at 6.00 Positivity Rate as per the Ministry of Health, Government of India report is performing much better than the National average which is at 8.69.

Odisha is performing much better than large states like Tamil Nadu, Kerala, Bihar, Assam and Gujarat.

The sustained and robust COVID management efforts by Odisha Government is resulting in such good performance by the State in its fight against COVID.