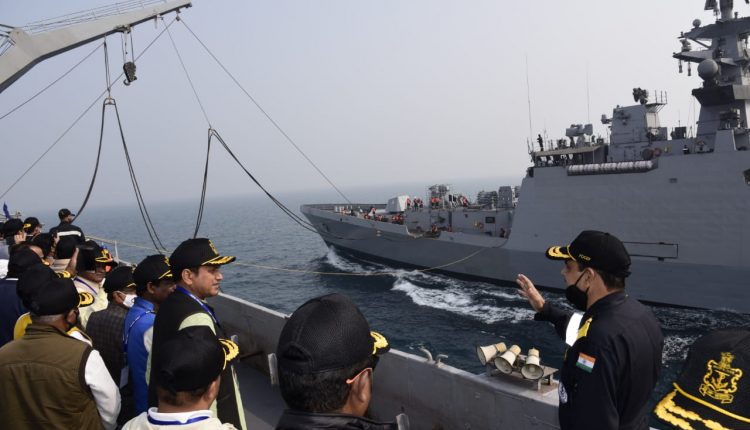 Bhubaneswar : A Day-at-Sea for members of Odisha Legislative Assembly was conducted onboard ships of the Eastern Fleet of Indian Navy off Paradip on 22 Dec 20. The event is organised by the Eastern Naval Command(ENC) as part of Fifty Glorious Years of victory of the 1971 Indo-Pak War celebrations and aimed to introduce the maritime domain to the peoples’ representatives of the Odisha state. 90 MLAs, one Member of Parliament along with officials from the State and District Administration embarked four major combatant ships of the Eastern Fleet under the command of Rear Admiral Sanjay Vatsayan, the Flag Officer Commanding Eastern Fleet. The event was with strict adherence to all COVID-19 Protocols. 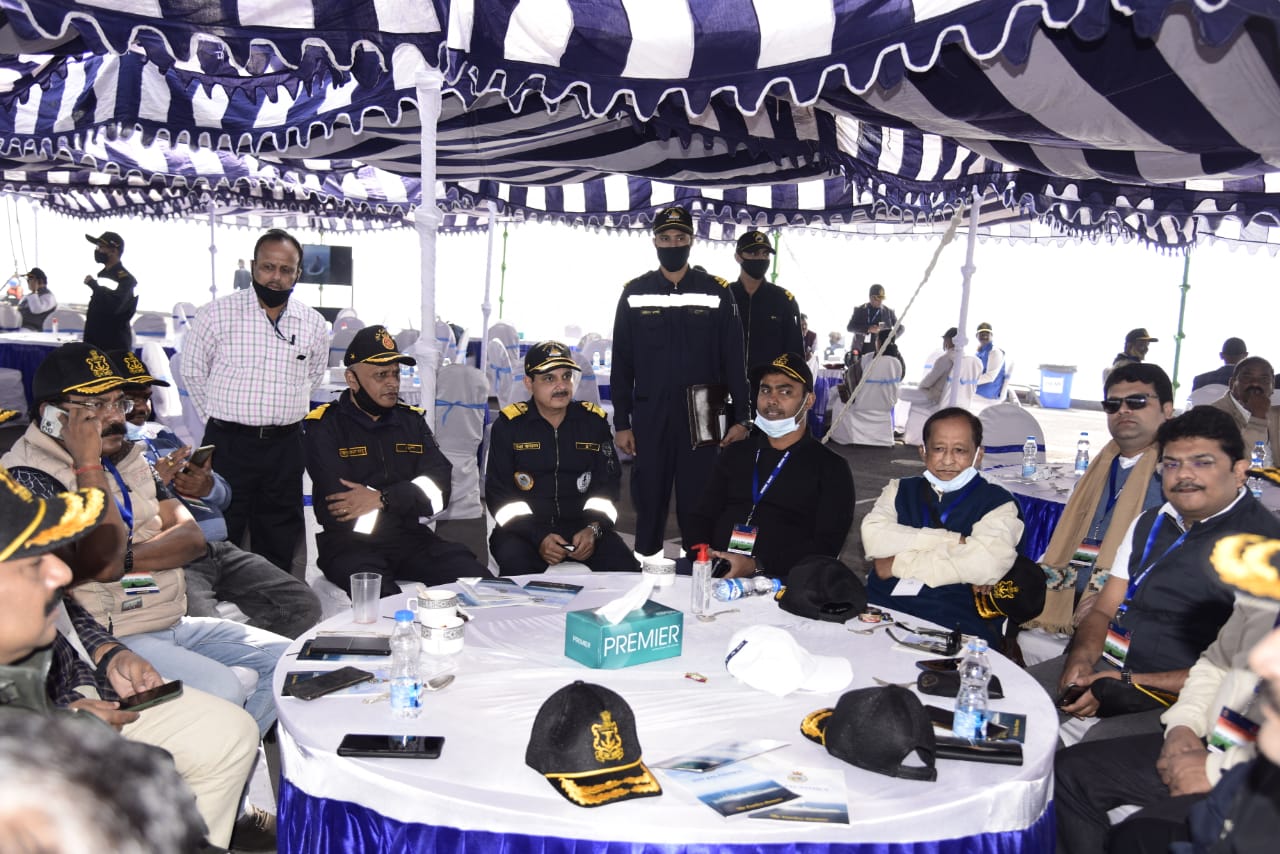 The day-long event witnessed participation IN Ships Jalashwa, Shakti, Shivalik, and Sahyadri, collectively demonstrating the capability to undertake a wide spectrum of maritime operations ranging from benign roles such as Humanitarian Assistance and Disaster Relief (HADR) missions to the entire ambit of maritime conflict. Two of these ships, Shivalik, and Sahyadri, have been designed and constructed indigenously, showcasing the warship building capability of the nation. 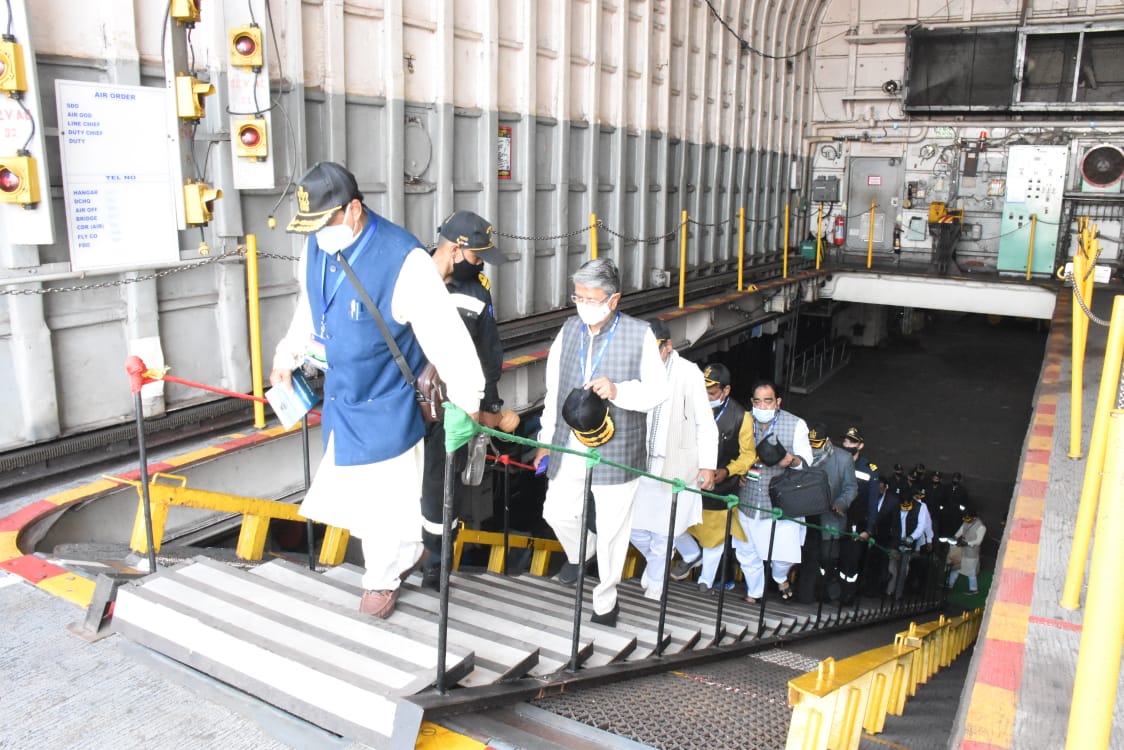 The Day-at-Sea included live demonstrations on weapon firings, combat drills, joint manoeuvres, maritime interdiction, replenishment at sea, naval aviation and search and rescue operations (SAR). The event aimed to provide the distinguished guests a closer glimpse of the roles and operations of the Indian Navy whilst concurrently highlighting the importance of Blue Economy and challenges of the maritime domain, both at and from the seas. The event also holds significance considering the impetus being given to developing port facilities by the state including inland ports and associated infrastructure under the aegis of Project Sagarmala. During the event, the Flag Officer Commanding Eastern Fleet highlighted the initiatives by the Indian Navy in working tandem with the state administration to enhance awareness of the general populace towards coastal security. He also thanked the distinguished guests for having accepted the invitation and taking out time to attend the event. He expressed confidence that close interaction between the Indian Navy, state administration, and all stakeholders in the maritime domain would pave the way towards enhancing the efforts for securing our coast.