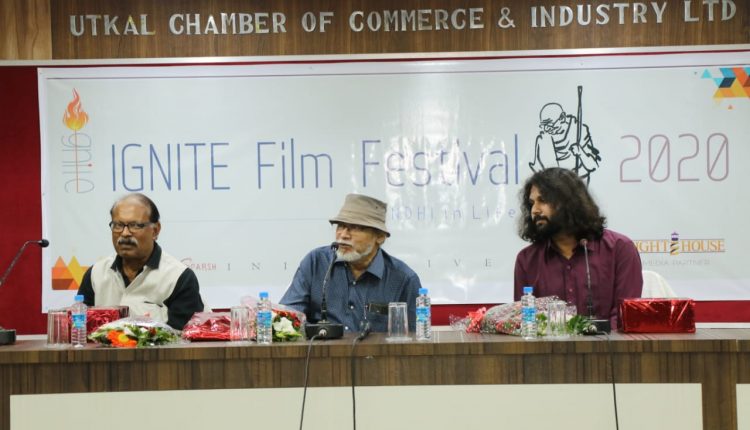 Bhubaneswar: Mohandas Karamchand Gandhi was born in a small town of Porbandar, India on 2nd October 1869. Despite being the face of Indian freedom movement, Gandhiji is a figure revered by the whole world. He is so respected that his birth anniversary, 2nd October, is celebrated every year as the International day of non-violence by the United Nations. Lovingly addressed as ‘Bapu’ by all Indians, his teachings are timeless and relevant even in today’s time. For Indians he is the ‘Father of our nation’. Not only in India even globally his way of life and life lessons are something that everyone can relate to and benefit from.

Gandhiji had advocated several ideals, principles or philosophies throughout his life that ensures building of a peaceful, progressive and healthy society when followed. Truth, nonviolence, simplicity, minimalism, integrity, self-belief, leadership, cleanliness, vegetarianism with many other are what he expected us to follow in our life to become an ideal individual and lead a prosperous society. In a troubled time and socially, morally, economically upheaval society we are currently living in, Mahatma Gandhiji’s values has become relevant, urgent and necessary more than ever. 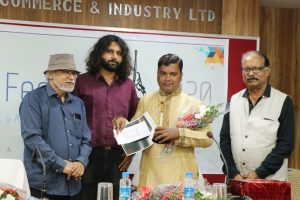 As the world is celebrating 150th birth anniversary of Mahatma Gandhi, SPARSH – a production house of Odisha, organized the 3rd edition of short film festival – IGNITEwith the theme ‘Values of Gandhi’. IGNITE Film Festival 2020 invited films made on the philosophies of Gandhiji. Films from participants made on any values of Mahatma Gandhi which will make people aware and conscious about the fact that Gandhiji can still exist in our life.

The award giving ceremony was held on 4thMarch, 2020 at Utkal Chamber of Commerce and Industry Ltd, Bhubaneswar. The jury of IGNITE 2020 included renowned journalists of Odisha Mr. SampadMahapatra and Sandeep Sahu and the young and National Award winner filmmaker Amartya Bhattacharya. 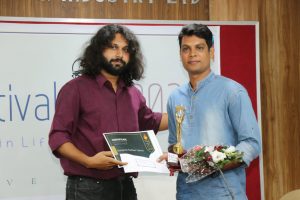 Speaking on the occasion, Senior Journalists Mr. SampadMahapatra said, “The theme of IGNITE Film Festival 2020 was based on Gandhiji which was very challenging. To develop a story on current issues like health or environment is easy but to create something out of the past events is quite challenging and I appreciate all the participants for their initiatives in making film on Gandhiji which is a 100 year old story.”

Encouraging the participants, filmmaker Amartya Bhattacharya said, “Hats off to IGNITE Film Festival for choosing Gandhiji as the theme which in very fantastic topic as well as one need to have courage to choose this topic for developing a film. I appreciate all participants for coming forth with such many stories and supporting this noble cause.” 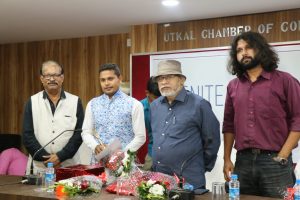 Congratulating the winners Senior Journalist, Sandeep Sahu said, “Although this year there were few entries in comparison to last year, it was difficult to select best 3 among a handful of films. Yet I congratulate all participants and wish them all the luck to all the participants who have given their utmost efforts to be a part of this festival.”

Sheikh Gulzar Husain, a young filmmaker dominated the evening by winning the Best Film award for the movie ‘In Memory of Bapu’ and prize money of Rs 20,000.

SangramKeshari, another young filmmaker bagged the 1st runners up award for the film ‘Gandhi AauNahaanti’ and prize money of Rs 10,000.

The movie ‘SwachhaSankalpa’ by GyanaranjanSathuawon the 2nd runners up award and prize money of Rs 10,000.