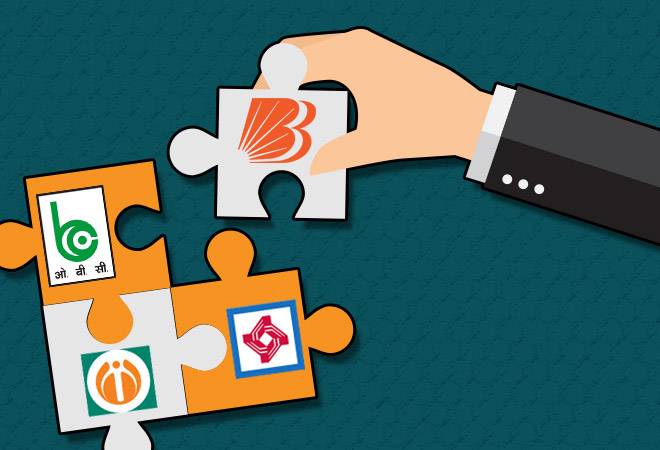 The government is considering merging at least four state-run banks, including Bank of Baroda, IDBI Bank Ltd, Oriental Bank of Commerce and Central Bank of India, according to a Mint report.

If the plan goes through, the merged entity will become the second-largest bank in the country after State Bank of India, with combined assets of Rs 16.58 lakh crore.

Over the last one year or more, the government has been indicating consolidation in the banking sector by reducing the number of banks by merging or closing down some of the loss-making smaller public sector banks.
However, in March, Moneycontrol sources had ruled out any merger or consolidation plans during this year.

The four banks that are being proposed to be merged are under pressure with combined losses of Rs 21,646.38 crore in the year ended March 31, 2018.

The merger is an attempt by the government to help stem the rise in bad loans or non-performing assets (NPAs) in their books at a time when corporate demand is weak and banks are being cautious on further lending amid stricter central bank guidelines in case of a default.

The department of financial services, under the finance ministry, is also simultaneously considering a 51 percent stake sale in IDBI Bank to a strategic partner, for Rs 9,000-10,000 crore, the report quoted citing unnamed sources.