Doctors’ Community at Fore Front in the Fight Against Covid

We are Investing Over Rs 8500 Crore on Health Infrastructure-CM 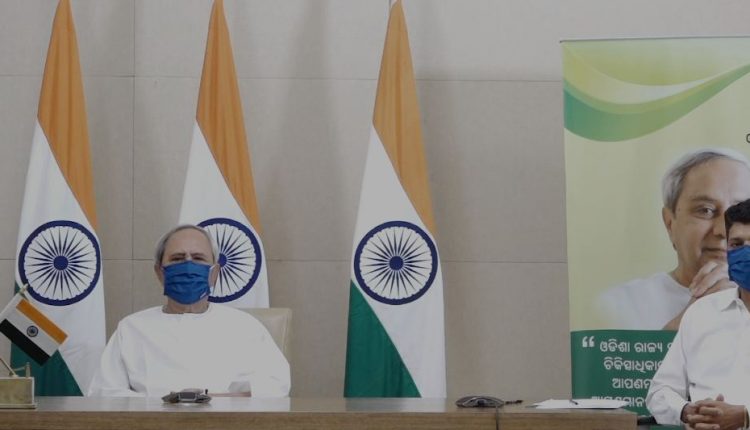 Bhubaneswar : Health care is the primary focus area of my government and we are investing more than Rs 8500 crores on health infrastructure. Chief Minister Shri Naveen Patnaik said this today while interacting with 786 newly appointed doctors who were recently selected through OPSC.

Appreciating doctors’ role in the current pandemic, the CM said that doctors have a special respect in society. People look at Doctors like Gods especially when it’s a life and death situation. The current Covid pandemic has transformed Doctors into warriors. The doctor community has been in the fore front in the fight against Covid for more than a year, the CM admired the efforts of medical community.

Congratulating the young doctors, on virtual platform, for choosing a life of public service the and successfully getting selected as the Medical Officer, the CM said that it’s a land mark in their life, which they achieved after years of sincere hard work and academic excellence. ‘Your family is proud of your achievement. You are now a role model in your community,’ the CM appreciated their success.

Speaking on the battle against Covid, the CM said that like rest of the world, Covid has caused severe impact in Odisha. There has been lot of stress on our health system, but it was never overwhelmed in spite of the huge spread of the infection and large number of cases. With spirited fight from the medical fraternity, we have been able to save many lives in spite of all challenges of infrastructure, manpower and medical supplies, he added.

Making a cautionary remark, he said that the fight against Covid is far from over. You are all joining during a very challenging times in the midst of the second wave in the country. Even though the cases are coming down, we all need to be extremely careful, he advised for a cautious approach.

He further said that the young doctors will make a great difference in our health care delivery at the field level. Many of your seniors posted in some of the remotest areas have gone beyond the call of duty and ensured successful health care delivery. ‘I hope all of you will get inspired by such examples and show empathy for the citizens in need,’ he encouraged the young doctors.

The Chief Minister wished them a successful career for the new recruits.

Speaking on the occasion, Minister for Health Shri Naba Das said that guided by the vision of the Chief Minister, Odisha is providing free healthcare and free medicines. He said that efforts are on to make Odisha a doctor surplus state, and the state will achieve this soon, he added.

Chief Secretary Shri Suresh Mohapatra congratulated the new doctors for joining health services at this critical juncture. He added that the government is making all efforts to provide quality healthcare to people at remotest parts of the state.

Secretary to CM (5T) Shri V. K. Pandian, interacting with the doctors, spoke on the mandate of 5T framework. He said that serving to the satisfaction of the poorest of poor is the underlying mechanism of good governance. Using technology to provide quick, effective service can bring the real transformation. Doctors should follow the CM’s motto- ‘every life is precious’, he added. Speaking on Mo Sarkar, he said that the state has a robust feedback mechanism which has been highly appreciated by the general public. Welcoming suggestions from doctors, he advised them to work with sensitivity and empathy till the end of their career.
In his welcome address, ACS Health Shri P.K. Mohapatra spoke about the initiatives taken for improvement of health infra in state. He said that the Shri Jagannath Medical College at Puri will function from this year. He further said that till 2024, Odisha will add two medical colleges each year.
Director of Health Services Shri Bijoy Mohapatra offered the vote of thanks.