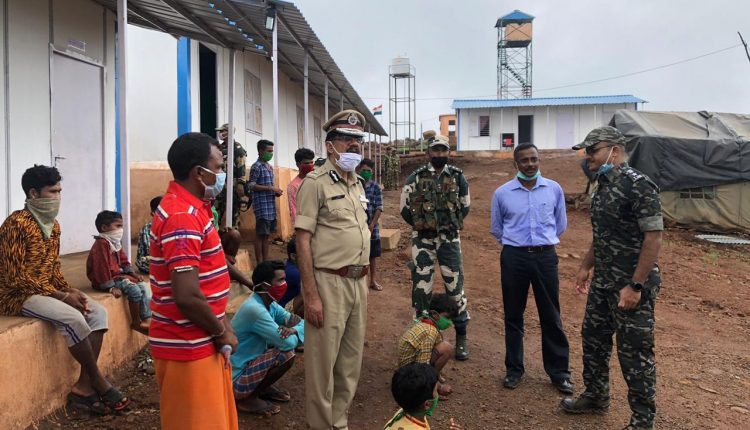 Malkangiri: DGP, Odisha, and other senior Officers of State Police visited Jodambo and Hantalguda areas of Swabhiman Anchal of Malkangiri district today( 20.6.2020). He made the Jodambo Police Sttion functional from Jodambo GP and also laid the foundation stone of its new building. He interacted with the senior Officers and troops of BSF, IR Battalion present at COBs of Hantalguda and Darlabeda at Malkangiri.  He also reviewed the developmental activities going on in the area initiated after the opening of the Gurupriya Bridge. He said that after plugging the security vacuum  has expedited the developmental activities in Swabhiman Anchal. 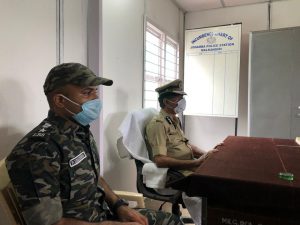 Malkangiri District is among the 35 “most LWE affected districts” in the country. In Malkangiri district, Swabhiman Anchal ( Cut-Off area) used to be the worst affected.  Over the last six months, establishment of COB in the month of December, 2019 at Hantalguda and another COB at Darlabeda in the month of March, 2020 has plugged the security vacuum in the area to great extent.

The inauguration of Gurupriya bridge in July,2018 has also helped developmental work in the Swabhiman Anchal.  As a part of the focused initiatives of the Government to bring a turnaround in the life and livelihood of the people of Swabhiman Anchal, road connectivity has been given top priority and several road projects have been taken up in the area. These are: 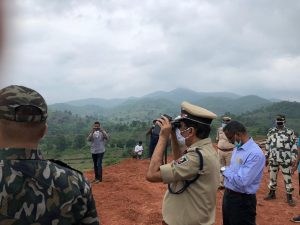 This has helped in other developmental works as well. Due to the construction ro road, now auto-riksha / tempo is plying and is being used as public transport. It is pertinent to mention here that till some months ago, two wheeler / mules (predominantly) were the  only mode of transport in the area. Now these roads have not only helped in improving public transport but have also prooted other developmental activities. Trucks, tractors, etc are now reaching to interior places through which machines are taken for digging bore wells and undertaking construction activities. Even medical facilities have improved. Ambulance is now placed at Jodambo and Jantapayi, which has benefited the inhabitants of Swabhiman Anchal. Renovation of school buildings and construction of new Anganbadi Centres have been taken up. Few mobile towers are being installed in the area to improve communication in the area. 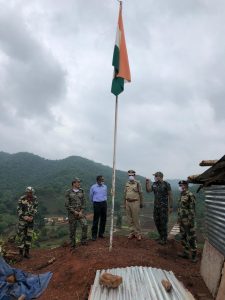 In the month of January this year, Maoists had attacked villagers of Janturayi and Jodambo asking them to obstruct and stop developmental activities in the Swabhiman Anchal. The villagers retaliated in self defence and thwarted the designs of the Maoists. This goes on to show that the inhabitants of Swabhiman Anchal have welcomed the developmental initiatives of the Government. 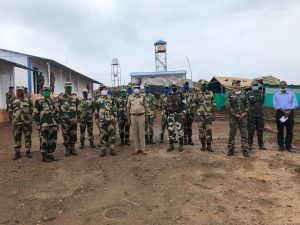 As a step forward in the composite counter – LWE initiatives, Jodambo Police Station has been opened today (20.02.2020) in Swabhiman Anchal of Malkangiri district. It will provide service to the people of five Gram Panchayats of the area i.e Jantri, Andrapalli, Panasput, Jodambo and Gajalmamudi and facilitate uninterrupted developmental activities in the area. This will also facilitate effective counter – LWE operation in the area and help instill a sense of safety and security for the people of the area.