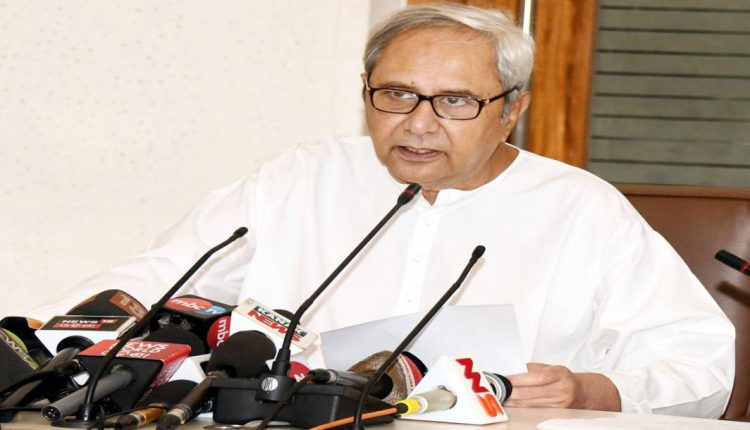 Bhubaneswar : Chief Minister Sri Naveen patnaik today appointed a group of eminent doctors to advise on the transformation of SCB Medical college and hospital cuttack into a world class institution 7 out of the team of 10 are Padma Awardees, 4 are SCB Alumni.

This is part of the 5T intiative CM had announced relating to SCB in November last year.

The members of the advisory group are

1. Dr Ramakanta Panda
Padma Bhusan awardee, Alumnus of SCB Medical College ,Cuttack. He is currently the Chief Consultant for Cardiovascular Thoracic Surgery and the Vice Chairman and Managing Director of the Asian Heart Institute. He set up the Asian Heart Institute in 2002. He specialises in coronary artery bypass grafting using only arterial grafts over a beating heart, redo bypass surgery, valve repair and repairing complex aneurysms. Dr Panda is also called ‘one of the safest heart surgeons in the world and the ‘Surgeon with the safest hands’.
2. Dr Devi Shetty
Padma Bhusan awardee Chairman Narayan Health Dr. Shetty is a professor at Rajiv Gandhi University of Medical Sciences, Bengaluru, India and University of Minnesota Medical School, USA. He is the recipient of a number of awards and honours, most noteworthy being ‘Padma Shree’ and ‘Padma Bhushan’ Award in 2003 and 2012 respectively, conferred by the Government of India.
He successfully performed the first neonatal heart surgery in the country in 1992, on a 9-day-old baby named “Ronnie”. In Kolkata, he operated on Mother Teresa . He founded Narayana Hrudayalaya, the heart hospital. It is the largest in the world with 1000 beds performing over 30 major heart surgeries a day.
3. Dr K Srinath Reddy
Padma Bhusan awardee, President Public Health Foundation of India & Ex President World Heart Federation. Prof. K. Srinath Reddy is presently President, Public Health Foundation of India (PHFI) and formerly headed the Department of Cardiology at All India Institute of Medical Sciences (AIIMS). He was appointed as the First Bernard Lown Visiting Professor of Cardiovascular Health at the Harvard School of Public..He has served on many WHO expert panels and has been the President of the World Heart Federation Prof. Reddy is a member of the Leadership Council of the Sustainable Development Solutions Network established to assist the United Nations in developing the post-2015 goals for sustainable development.
4. Prof. (Dr) Subrat Acharya
Padma Shree awardee, and an Alumnus of SCB Medical College. DM, FNA, Fn ASC, FASC, DSc, Ex-Prof & HOD, Gastroenterology, AIIMS, New Delhi.
After providing almost 40 years of public service at AIIMS, New Delhi, and Executive Director of Gastroenterology and Hepatology at Fortis Flt. Lt. Rajan Dhall Hospital, Vasant Kunj, New Delhi. In 2012 he was appointed director of AIIMS, Bhubaneswar, but chose to continue his service as the Head of the Department of Gastroenterology at AIIMS New Delhi.He has received P N Berry Award,Commonwealth Medical Fellowship Award ,Best Young Investigator Award by Asia-Pacific Association for Study of the Liver. His ability to analyse the problems of his patients, to present precise and well-thought-out diagnosis, and to suggest the best possible treatment tailored to patients’ individual needs has earned him the reputation of a prominent gastroenterologist. In addition, he is known to spend time and effort in clarifying patient concerns.
5. Prof. (Dr) Mukut Minz
Padma Shree awardee Ex-Prof. Head, Department of Renal Transplant Surgery, PGI, Chandigarh . A veteran in Kidney Transplant whose reputation precedes him because of his work as a surgeon, an as academician and Researcher. He has performed over 3500 successful Kidney Transplant breaking all boundaries and has numerous popular publication in different field of medicine. He received advanced training in cadaver organ retrieval and transplantation at various centres/universities of Norway, Sweden, Germany and USA. Under his mentorship several complicated dialysis access procedures (AV Fistulas for Haemodialysis) have been performed.. He has trained many transplant surgeons, many of whom are holding academic positions in India, US, UK and Australia. He has been a Visiting Professor in various universities in India and has been conferred several awards and honours

6. Prof. (Dr) Digambar Behera
Padma Shree awardee is an Alumnus of SCB Medical College Professor and HOD, Institute of Medical Education and Research, Chandigarh He is known as a pioneer of lung cancer chemotherapy in this part of the country. He is the founder president of the Indian Study for the Study of Lung Cancer. He has published over 462 papers and has received many awards. He has been working more towards TB elimination and lung cancer treatment. He is Fellow of Indian College of Physicians, International College of Angiology, Indian Chest Society and Indian Society of Oncology.

8. Dr Jagat Narula
Executive Editor JACC , MD, PhD, MACC is Professor of Medicine and Philip J. and Harriet L. Goodhart Chair in Cardiology, and the Director of Cardiovascular Imaging Program in Mount Sinai’s Zena and Michael A. Wiener Cardiovascular Institute and the Marie-Josée and Henry R. Kravis Center for Cardiovascular Health. He is the Associate Dean for Global Health at the Icahn School of Medicine at Mount Sinai.
He has been awarded as the Best Educator as also the Innovator in Cardiovascular Medicine He has brought novel experimental strategies to bedside and defined their applicability at the community level. He is currently actively involved in numerous population-based heart attack prevention programs including HAPPY [Heart Attack Prevention Program for You]
9. Dr G N Rao
Director L V Prasad Eye Institute. He has been the President of the prestigious Academia Ophthalmological Internationalist (AOI), a group of 80 eminent academicians in ophthalmology in the world, and is a past Chair of the International Agency for the Prevention of Blindness (IAPB).
He has been selected to the 2017 Ophthalmology Hall of Fame instituted by the American Society of Cataract and Refractive Surgery.The founder and chair of the LV Prasad Eye Institute, Hyderabad, Rao has been honoured at ASCRS for his contribution to the field of ophthalmology and the way he has shaped the way modern ophthalmology is practiced.
10. Prof.(Dr) Purna Chandra Mohapatra​
He is an Alumnus of SCB Medical College and is a name to reckon with in Obstetrician and Gynaecologist .He is ex-Prof., O.& G., S.C.B.M.C., Cuttack and Ex-President FOGSI .He has been the Chairperson Medical Education Committee. He was the executive member of ISOPARB

Director Medical Education and Training, Odisha –Shall be the Member-Convenor.  SCB is the crowning glory of our health care
system and is the symbol of hope for millions and millions of people . This transformational initiative is aimed at providing world class health facilities accessible to people of Odisha.