AWARD OF EXCELLENCE TO ODISHA FOR “ DRINK FROM TAP MISSION” 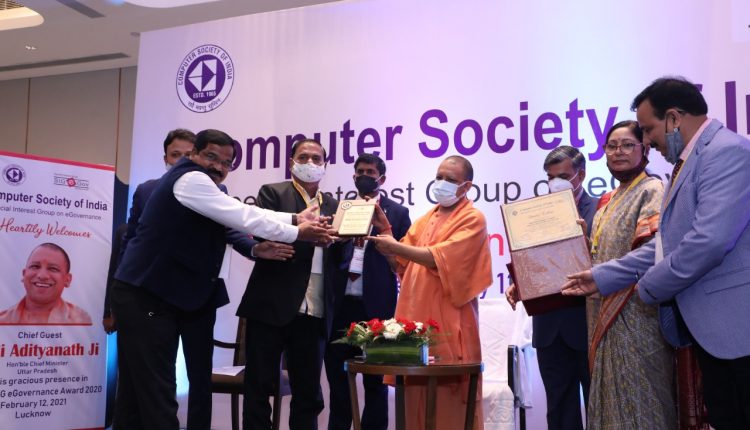 Bhubaneswar : Odisha Government’s ‘Drink from Tap Mission’ under 5T initiative has won the “Award of Excellence” in 18th CSI SIG eGovernance Award 2020 for Smart Water Management in Puri City amongst 178 nominations received from across India. Managing Director of WATCO Er. Pradipta Kumar Swain has received the award on behalf of the State Government from Yogi Adityanath, Chief Minister of Uttar Pradesh at an award ceremony held in Lucknow on 12th Feb 2021 organised by the Computer Society of India (CSI). CSI, the largest association of information technology professionals in the Country has set up this award since 2002 for recognising and awarding very innovative projects across India through its Special Interest Group (SIG) in eGovernance. 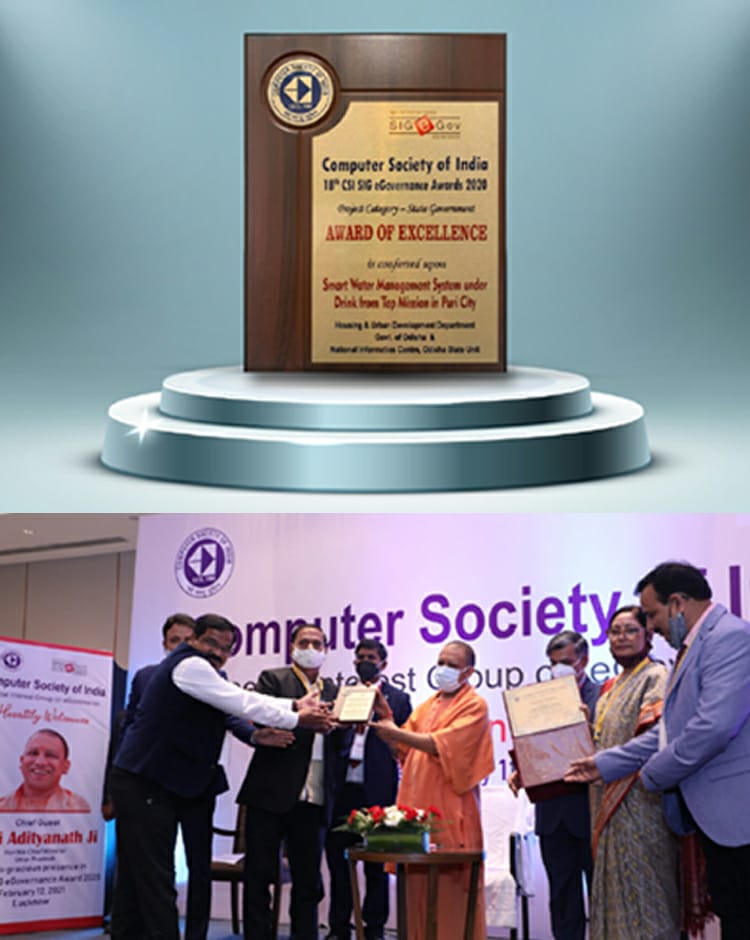 ‘Drink from Tap Mission’ called ‘Sujal’ is launched on 13th October 2020 by the Chief Minister Naveen Patnaik to provide assured quality drinking water fit for direct consumption from the Tap to all households in urban areas. The Mission is a flagship initiative by Water Corporation of Odisha (WATCO) under the state’s Housing & Urban Development department.
The ‘Drink from Tap Mission’ aims to provide 24 x 7 safe drinking water supply from a tap on-premise along with addressing water source protection, appropriate water treatment & testing as well as prevention of recontamination in the distribution system. This is also aimed at eliminating the requirement of investments by individual households on overhead water tank or underground reservoir, motor pump, RO based water filter and purchasing mineral water. 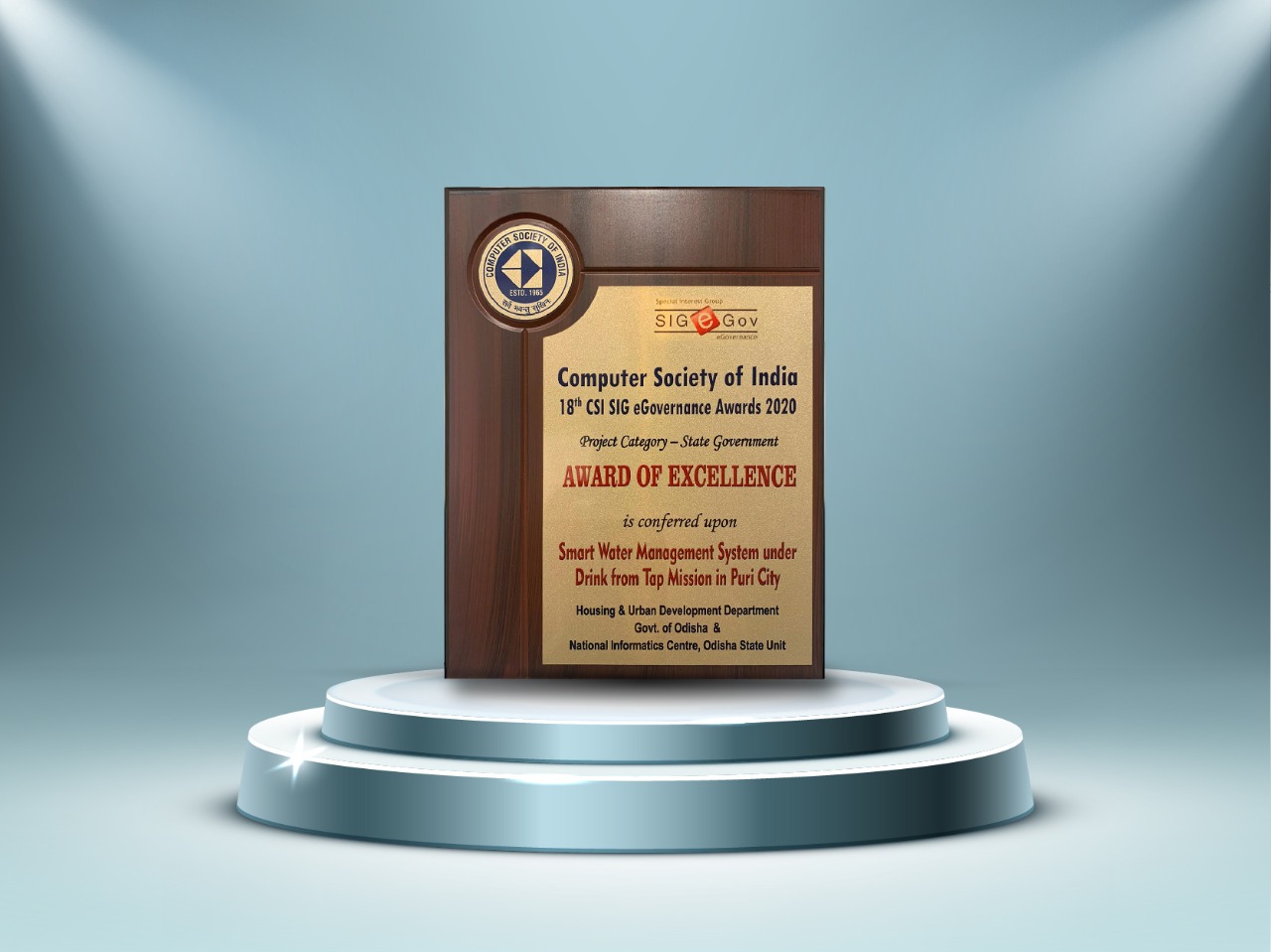 After successful completion of pilot projects in 12 zones in Bhubaneswar and Puri cities & after becoming the first State in the country to provide drink from the tap water to people, WATCO is now focussing on to cover entire city of Bhubaneswar and Puri & other cities namely Cuttack, Puri, Khurda Jatni, Berhampur which will be extended to other cities in the state in a phased manner.