Demand from Individuals and organizational customers 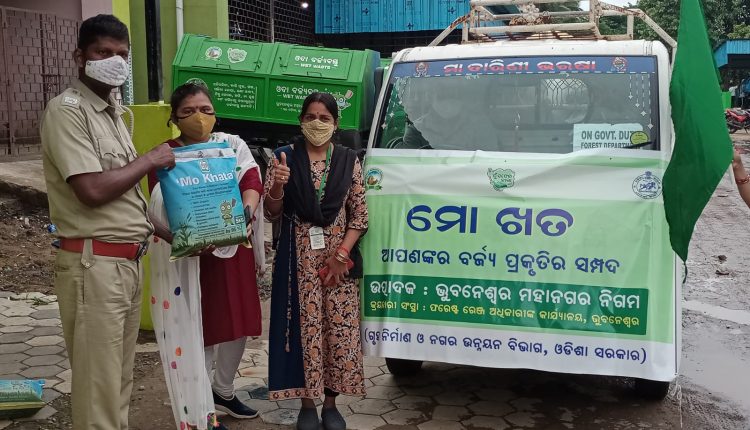 Bhubaneswar : State Capital goes on producing organic compost- “Mo Khata”. The product available at an affordable price is in increased demand by individuals and organisations. Today Forest Range Office, Bhubaneswar procured two metric tons of this organic compost based on its previous requisition.

Bhubaneswar Municipal Corporation (BMC) has now 18 functional Micro Composting Centers (MCCs). The units are producing organic compost “Mo Khata” processed out of collected wet waste. As of now 11 metric tons of “Mo Khata” has been purchased by the customers. Three MCCs (for ward number 28, 29, 35 and 36) situated at NICCO Park have sold these two metric tons to Forest range Office, Bhubaneswar.
With the cooperation of citizens, BMC has now come up with functional MCCs in different areas of its three administrative zones. 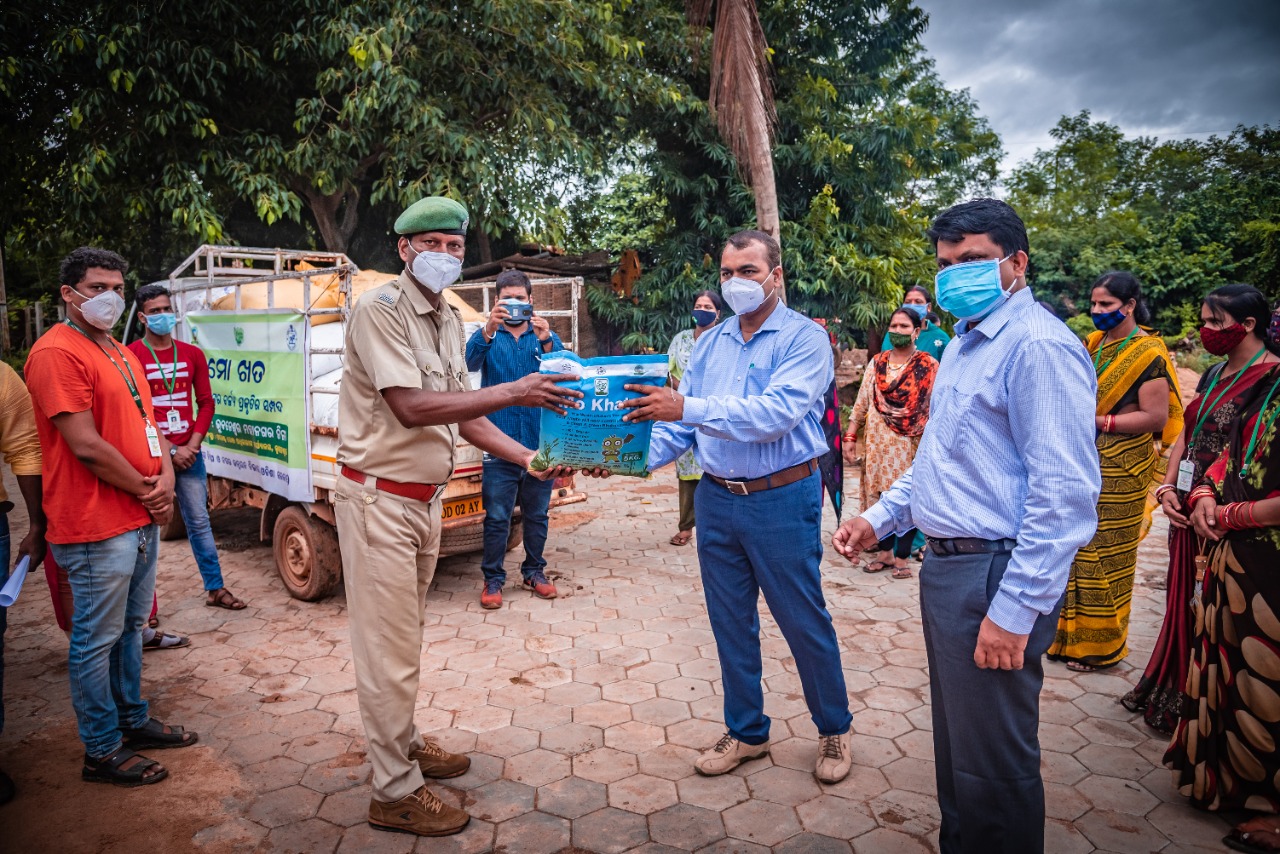 In order to promote the sale and popularise the organic compost a “MO Khata Counter” was inaugurated by Honb’le Chief Secretary of Odisha Sri Suresh Chandra Mohapatra in presence of the Principal Secretary,, Housing and Urban Development Department Sri G. Mathivatnan near Rajmahal Chhak, Bhubaneswar . The counter is managed by SHG members who sale the product and take advance order for supply.

Bhubaneswar Development Authority (BDA) and Odisha University of Agriculture and technology (OUAT) have been supplied the compost through the counter.

MCCs are not only to produce compost but the scientific processing of waste in such units is an environment friendly initiative. The Swachha Sathis engaged in these units have been trained about the quality control, sale and popularity of the product by BMC. Apart private customers, now government organisations are also placing demand for it. Recently Project Director Watershed Khordha has placed an order of 40 metric tons of “Mo Khata” and it would be supplied soon.

Continuous effort by “Swachha Sathis” and cooperation of NGOs has been quite helpful in the initiative; says Commissioner BMC, Sri Sanjay Kumar Singh.

In order to encourage the Swachha Sathis for such initiative of selling “MO Khata”, today Additional Commissioner Laxmikanta Sethi and Deputy Commissioner, Sanitation Suvendu Kumar Sahoo were present at MCC near NICCO Park.

The functional MCCs have been regularly supervised by the Swachha Bhubaneswar Aviyan Cell experts and sanitation experts of BMC for its better service to the temple city.