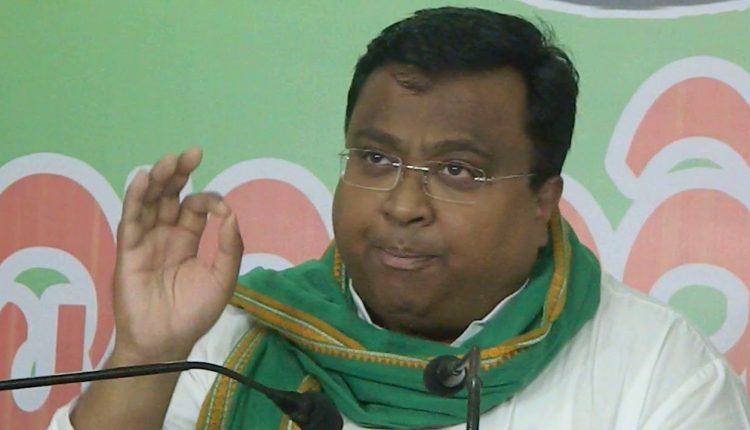 Bhubanewsar : The Biju Janata Dal raised several issues of farmer’s interest and agriculture in Odisha today and placed various demands for the development of the farmers and their livelihood in Odisha before the Centre.

Rs. 100 per quintal, Rs. 1940 in 2021-22 to Rs. 2040 per quintal for 2022-23 crop year for common variety. He reiterated that this increase of merely Rs. 100 per quintal is not sufficient and that the BJD has been demanding for increasing the MSP for paddy to 1.5times of the Cost of Production at C2 value;as per the Swaminathan Commission Reportr ecommendations but the Centre has not done it so far.

Dr. Patra further stated that on 25th March, 2017, the Odisha Vidhan Sabha had unanimously passed a resolution recommending that the MSP of common paddy be increased to Rs 2930 per quintal. All MLAs including those from BJP, Congress and BJD had unanimously supported this. But even after five years of the passage of thisr esolution and numerous demands in this regard placed by the BJD MPs in the Parliament as well as in the Odisha Vidhan Sabha, the Centre has not implemented it, he asserted.Apart from the issue of increasing the MSP of paddy to Rs. 2930 per quintal,Centre has also decided to stop lifting of surplus parboiled rice from Odisha. Most of rice produced in Odisha is par-boiled rice and is one of the leading states in contributing to the PDS rice in the nation. The Centre’s decision to stop lifting surplus par-boiled rice will adversely affect lakhs of farmers of Odisha and that too from the western Odishabm ajorly.He said that in 2021-22 kharif marketing season (KMS), out of 52 lakh tonne of procurement of rice, the State’s consumption will be about 39 lakh tonne under public distribution system (PDS) and other welfare schemes. The State is likely to h surplus of 13 lakh tonne of rice which should be lifted immediately for smooth procurement operation. But the Centre is silent on this matter. In addition, the State government has taken all necessary steps to deliver five lakh tonne of fortified parboiled rice to FCI as per target given by Department of Food and Public Distribution (DFPD) in the Ministry of Consumer Affairs, Food and Public Distribution. The State is in a position

to deliver higher quantity of fortified parboiled rice and DFPD has been requested to
give additional target of fortified parboiled rice during KMS 2021-22.But the Centre has
not notified the State for higher quantity target so far.
Dr. Patra stated that the Odisha Government had demanded the release of Rs
10,334 crore food subsidy bill. Despite the State demanding that the Centre release the
money immediately to bail out the State paddy procuring agency from financial stress,
no action has been taken in this regard by the Centre. The Odisha State Civil Supplies
Corporation, the designated agency for procurement of paddy for the State
government, is to yet receive Rs 7,931.90 crore as provisional subsidy and advance
subsidy of Rs 2,402.19 crore taking the total subsidy claim to Rs 10,334 crore by the end
of April 2022. Further, the additional interest incurred till March 31, 2022 because of
delay in release and short release of subsidy comes to around Rs 5,454.67 crore which
remains unrecouped. The Centre should pay the interest component failing which the
State will bear the additional cost.But the Centre has not taken any action in this regard
as well, he asserted.
Concluding the press meet, Dr. Sasmit Patra laid five demands in Odisha’s
farmers’ interests before the Centre. First, that the MSP of Paddy should be increased to
Rs. 2930 per quintal as per the unanimous resolution of the Odisha Vidhan Sabha in
2017. Secondly, the MSP of Paddy should be increased by 1.5 times of the C2 value as
per the Swaminathan Commission report recommendations. Thirdly, the surplus par-
boiled rice of Odisha should be lifted immediately which would otherwise cause great
hardship to the lakhs of farmers of Odisha and particularly from western Odisha.
Fourthly, Rs. 10,333 crore of food subsidy bill pending with Centre should be
immediately released to Odisha and fifth and finally, Rs. 5454.67 Crores towards
additional interest incurred by Odisha due to delay of release and short release of
subsidy by Centre till March 31, 2022 should be released immediately.